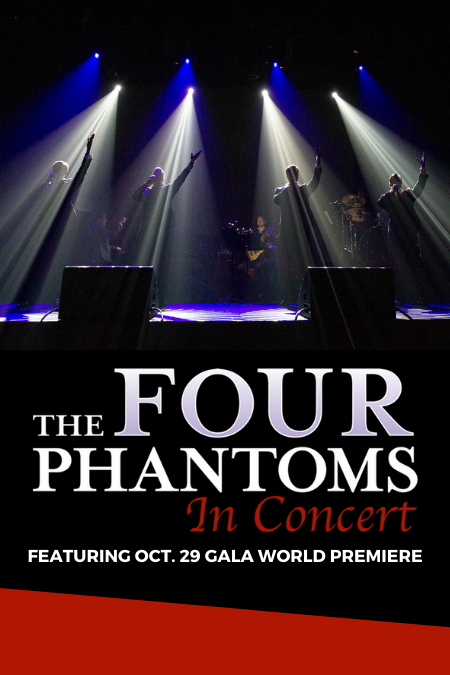 October 27-28: The Grand presents the current touring show, which was last performed at The Grand Oshkosh in 2019 and features solo and group numbers celebrating the iconic music of Broadway and more, as well as a stunning finale paying tribute to The Phantom of the Opera.

October 29: The weekend will conclude with the Gala World Premiere on October 29 at 8:00 p.m. featuring a two-act performance with additional new material never before performed in Oshkosh, in Wisconsin, ANYWHERE!

*Suite Seat Sponsorship Packages Include: Two (2) Suite Seats to the Gala World Premiere performance on October 29, PLUS admission for Two (2) to the exclusive post-show reception with the Four Phanotms. Sponsorship Investment: $500